Northfield, Birmingham, the worst place anybody could wish to live

Northfield, Birmingham, the worst place anybody could wish to live 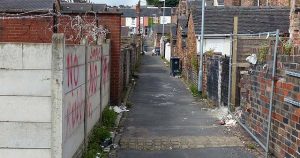 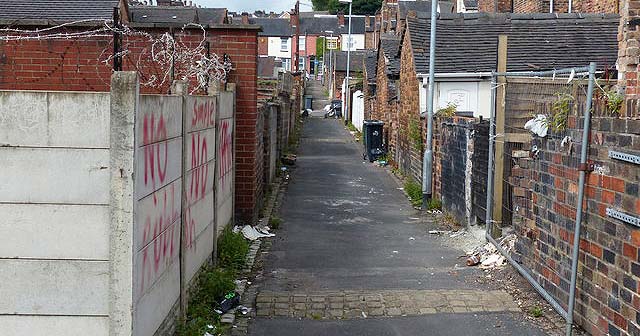 If Hot Fuzz was real, Cleobury Mortimer would be it! Where do I start with this strange little town. It’s basically a village on one main road but if the strange locals hear you say that, they’ll come for you with pitchforks and garlic. There’s more cars than people, the high street constantly smells of […] I have sadly lived in the Whitchurch and Wem area all of my life (31 years) and have to say, it is one of the most awful places in the entire universe! Frequented by a mix of country yocals who look like they take a bath once a year, ***** (originally from overspill towns in […]

Read More… from Whitchurch (Wem): The abyss of Shropshire No wonder why this place was in the worst places in the world in 2009 because It’s true. I live between Wolverhampton and Walsall unfortunately which are full of countless dodgy looking people. I have been to Wolverhampton city centre loads of times and it’s is common to see trash flying around everywhere and women […]

Read More… from Wolverhampton: the hidden wonders of trash So where to begin …when you’d rather not? What’s not to like about Drugby? Sandwiched between the post war mess that’s Coventry and Hell hole of Northampton. It’s an area sliding into decay. It’s unfair to point out the town centre which is held together by Charity shops and failing independent retailers as that is […]

Read More… from Rugby: Warehouse jobs and drugs a plenty No wonder why people dislike Birmingham because it’s true, it’s a NIGHTMARE living in this place. Let me start of by saying that if you have ever been to Birmingham, I feel sorry for you because you would have to get off Birmingham new street and have to witness a weird smell coming out of […]

Stoke-on-Trent, what a dump. It’s embarrassing to say you live here. A city slowly dying, well it’s actually already dead, but the locals haven’t woken up that fact yet. They are still living in the past of Reginald Mitchell and the long defunct Pottery industry, now a city of call centres and distribution centres where […] There’s no other way to describe Sutton Coldfield other than a dump. It’s a mixture of ne’er-do-wells and nouveau riche idiots who think class is having stone lions and fake pillars at the front of their house. There are more white range rovers, hair extensions and fake tan than at a Irish traveller wedding. Another […] Here I am in a place I fear i will never escape. A place equal to and greater than the famed Royston Vasey. On paper Market Drayton should be a nice quiet town to live… WRONG. How did I get it so god damn wrong? I have entered the ‘SH*T-LOOP’. The Yokels What makes Market […] Have you ever seen a place that literally has countless ne’er-do-wells? Yep that’s Walsall alright. When you step into Walsall you will see bus drivers smoking 10 cigs a day. The women there look really ugly because they smoke loads of cigs. They plaster on make up and then ending up getting pregnant. Yes 13 […]

Read More… from Walsall: the garbage town of England I lived in Stoke-On-Trent for three years, and worked there for over 10, and there’s one irrefutable truth about the place that has remained unchanged for all that time – the place is a complete sh*thole, and the people really are as thick as pig sh*t. It’s not that their accents make them sound braindead […]

Read More… from Stoke On Trent – A place devoid of intelligence Wellington is a market town near Telford, in Shropshire in the West Midlands. And my God, is it a sh*thole. The market itself is decades out of date, with outdated tat that old people bric-a-brac day in day out. The entire street is swamped with run-down bargain stores and shops that once were, which are […]

Read More… from Wellington, Telford: A depressive hole of wasters 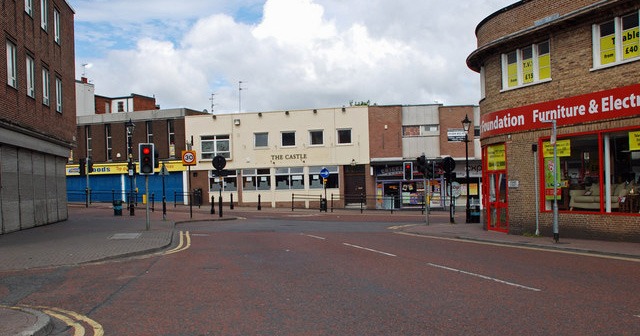 Dudley really is the epitome of “Redneck”. With cutbacks hitting hard and outdated social climates, the town is a recipe for total disaster. What once was a booming market town, is now a high street of abandoned shops with an ever growing air of racial tension. The racial divide Dudley is divided into so called […]

Read More… from Dudley: The Epitome of Redneck!