Billericay the bullsh*t town of Essex

Billericay the bullsh*t town of Essex Basildon, a self-contained 'New Town' to clear the slums of East London Basildon, a self-contained 'New Town' to clear the slums of East London

Unfortunately, I have lived on the outskirts (no, not Jaywick thank God) for some years and have great delight in being on the verge of moving to somewhere slightly less pony asap. The whole town is sinking. Not like Canvey, in that respect, sinking as in the mire of depression, drug abuse, gang violence and […]

Read More… from Clacton: where the tide doesn’t want to have to come in

Jaywick has one of the nicest beaches in Essex, but buried in the fine golden sands you will find beer cans, cigarette butts, condoms and spliffs. Drugs have brought this place to its knees and the folks who are unfortunate enough to live in one of the rickety huts that lines its streets either originate […]

Read More… from Jaywick: Drugs have brought this place to its knees

Billericay is one of the slightly lesser known towns of Essex and those who don’t know it, think it’s a posh place. Only the houses in Norsey road are posh, otherwise it’s a sh*thole full of *****. South Green is probably the worst part of Billericay especially the shopping area where drug dealers and druggies […]

Read More… from Billericay the bullsh*t town of Essex

Colchester, Christ, where to begin with this absolute dump? As with most big towns, it’s the people that let this place down. I’ve lived in a few different places and **** me this has to be the worst. It has become so overcrowded, depressing and has seriously gone down hill in the past few years. […]

I like to think I’m a fairly hardened sort of person towards ugliness but I was not prepared for Harlow. I spent the early parts of my life in such, shall we say less than aesthetically pleasing, places as Middlesbrough, Bradford, Stoke-on-Trent and pre-gentrification Hackney. About five years, ago, I started a new job in […]

Read More… from Harlow – Abandon Hope All Ye Who Enter…

You may be thinking of coming to Clacton, think again, Clacton is absolute s***. It’s filled with horrible little kids who think they are the best, they break shop windows, start fights and cause havoc to everyone. I don’t know where their parents are but they must be somewhere. Don’t be tricked by the pier. […]

If when passing through the toilet bowl that is Latchingdon late at night, you took a wrong turn, got lost but kept on driving for 10 miles on that a road to nowhere, you probably had the misfortune of finding yourself at what seemed to be the edge of the earth, otherwise known as Bradwell […]

Read More… from Bradwell on Sea: Village of the damned

Now I don’t know how many of you have heard of a small Essex town called halstead, because you should have, with the countless amount of crime that has grown inside it. The most exciting thing to happen in this town is a Costa opening which [allegedly] quickly got ******** with ****. This town is […]

Welcome to Garrison Estate Purfleet, home to *****, druggies and jobless layabouts. At first glance you would think it’s a lovely place to live with lots of green spaces and historical buildings, but once you walk about you soon begin to see it’s true colours. Purfleet has one school one shop and a few beaten […] 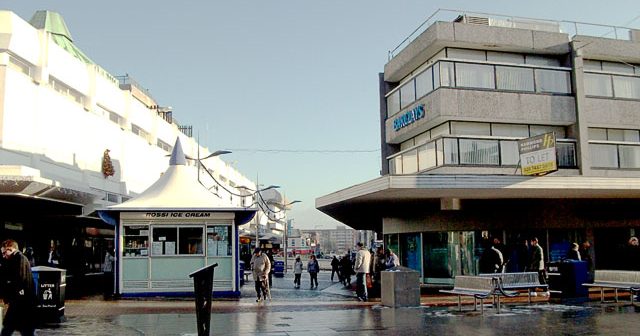 Southend is surely the worst place to live in England. The town is full of 12 year old ‘roadmen’ (the **** does not exist down here now) who walk up and down town with their weed smoking, drug-dealing older brothers finding the nearest respectable looking person to shout at. As they get older they have […]

Read More… from Southend-on-Sea, the **** of Essex Dunces, d*ckheads, dilapidation and dives- ooh and a lot of dogs!! What a town, wish I never moved here. The town is rewarded with emptying shops, empty bus depots, dangerously uneven pavements and an embarrassment of a Saturday town market. WTF is the green signed posh shop w and g – take a look – […] 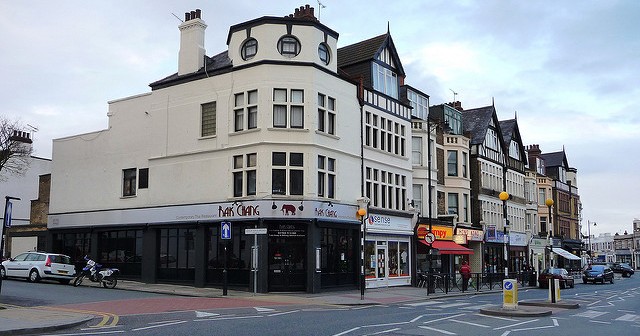 Leigh is a small-ish part of the larger Southend on Sea district. Leigh people like to think of themselves as ‘better’ than the rest of the district, and yes, there maybe more money per person floating around due to many of the inhabitants being City workers etc. As we all now however, money does not […]

Read More… from Leigh on Sea, thinks it’s a glass of champagne, when really it’s a bucket of p*ss