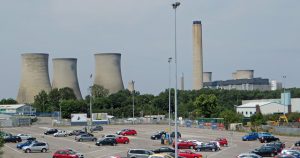 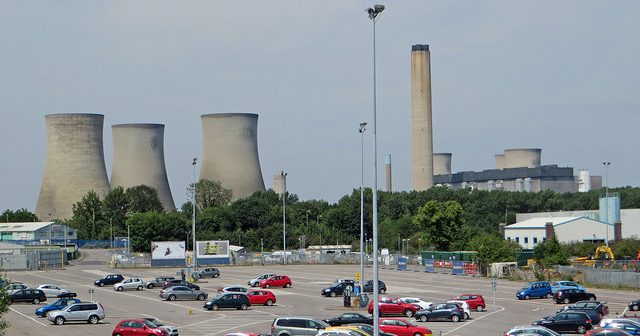 Abingdon, oh Abingdon. One of the oldest inhabited towns in England is now one of the newest blights on civilised society. A Brexit-voting hinterland of Greek barbers who will willingly set your ear hair on fire for a tenner, punctuated by coffee shops that sell warm ***** and a historic centre that is a minefield […] Didcot has a rich heritage revolving around railways and the golden age of steam. Sadly though, Didcot does not immediately evoke happy memories of trundling along the traintracks as your engine gathers pace. Instead it’s a foul excrescence of a town that seems trapped in a time-bubble that began on the 31st of December 1969 […]

Read More… from Didcot – a railway siding dressed up as a portal to real, actual hell

The whole place is a tip. There are no two ways about it. The shops are run down and are full of shopkeepers who don’t even appear the slightest bit interested in you. When I went into the Co-Op, the guy behind the desk was on ‘RateMyTurban.com’ for a good 20 seconds, before he noticed […] This is my views on Blackbird Leys in Oxford. I went here once on a Tuesday afternoon in 2014 to see what it was like. Never again. I felt sick when walking around and would rather move to Uzbekistan than spend more than 10 minutes in this dump. The Estate is beyond repair and is […]

Read More… from Blackbird Leys, Oxford is a Haven for the Underclass Thame, our little wildcard, nestled at the foot of the Chilterns is slowly being overrun by chain stores, overtly gregarious Polish men in doner kebab vans enticing already faintly obese middle-aged men to their early deaths by mystery meats, and a cancerously prolific abundance of very mediocre Asian restaurants and takeaways that all taste the […]

Read More… from Thame: the gene pool is rapidly stagnating Kiddington is a tiny village in West Oxfordshire. Surrounded by fields, filled with animals. You might think this the perfect picturesque place to live. Well, let me tell you. The entire village hosts not one single shop, so if you plan on living here get used to the idea of buying a tonne of food […] Thame is the pit stop for surrounding areas, the ugly inbetweener, the lonely third wheel, the commuter’s choice between Oxford, MK and London. It serves its purpose as a literal stepping stone — having often being mistaken as an island: knee-deep submerged in the cowshit tainted flood plains that encompass the place. In Thame, the […] So, the main interests in Wantage and Grove are the skatepark and just dossing around town, under the car parks, under the iron bridge, or sat by the bus stop in the middle of town using their wifi. there are certain groups of lads and they usually stay in their pack in never usually let […] This is class war pure and simple. Instituted by the posh, the privately educated, the connected, those who have money and go to Oxford University, the majority of whom are white (99.9%) private school twats. The class segregation excludes the rest of the “people” of Oxford, those people who didn’t have riding lessons, go fox […]

Read More… from Oxford, where posh people impose segregation on everyone else Ah, Oxford. Land of dreaming spires and colleges abound. Posh was born here. Intellectual, civilised, affluent. What they don’t tell you is the enormous disparity between areas. The gap between the rich and the poor is so huge the teeny tiny middle class just fall right in it. Actually, they are continuously forced out of […]

As you approach this leafy farm town out in the far west edge of Oxfordshire, you would be forgiven to think that this pretty little market town would be a suitable area to rest your weary head during the out of hours from a busy hectic life.  You would be forgiven, of course, because I […]

For anyone searching for the missing link in Darwin’s theory of evolution, I do strongly believe I have found it. All clichés aside, Didcot really is a town filled to the brim with the worst society has to offer. Luckily, having lived in Didcot for over 10 years (I am now 16), I am proud […]